Jenna, our General Manager from our incentive team, was recently invited to join a group on an educational trip to visit Turkey. She travelled with fellow South African industry colleagues to Cappadocia and Istanbul. Here’s what she had to say: 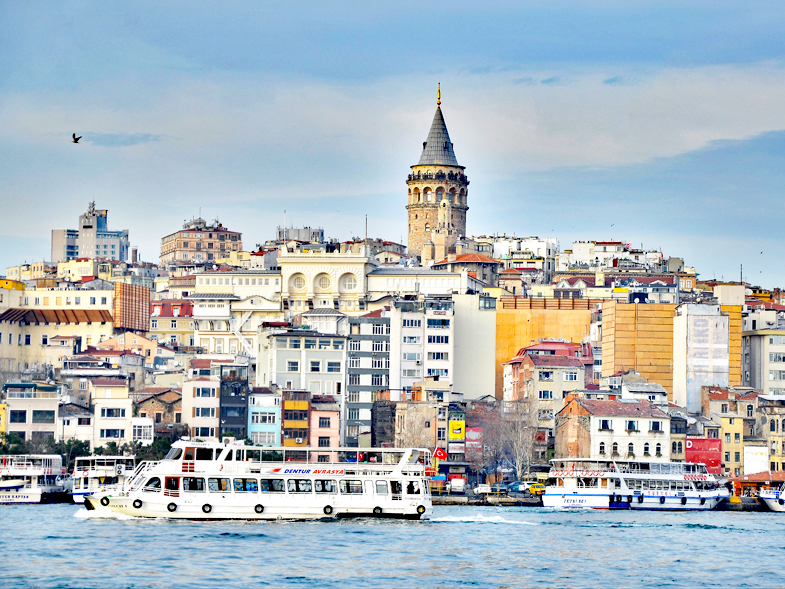 Turkey has, in recent years, become a popular place to visit and for many great reasons. Bridging two continents — Europe and Asia — and having been invaded, settled, colonised, and lived in by many different cultures, Turkey is a land of co-existing contrasts.

Since most visitors to Turkey will fly into the capital of Istanbul, we’ll start there. This is an enormous city that straddles the Bosphorus Strait. The Bosphorus forms the physical border of Europe and Asia, creating the Western and Eastern sides of Istanbul.

By far and away one of the highlights of any visit to Istanbul is the ancient city centre. This is where you’ll find the Hagia Sofia, the Blue Mosque, the Topkapi Palace, the Süleymaniye Mosque, as well as many intriguingly windy streets and incredible views over the Bosphorus. 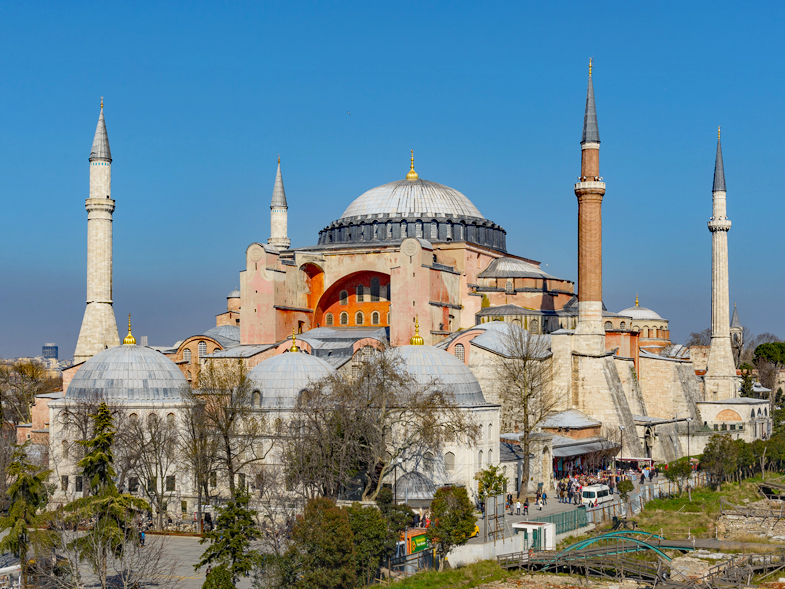 The Hagia Sofia & The Blue Mosque

No visit to Istanbul (you can hardly visit Turkey without going) would be complete without seeing both the Hagia Sofia (locally spelt Aya Sofia) and the Blue Mosque (the Sultanahmet Camii or Mosque). The Hagia Sofia was built as a vast Christian cathedral and was the most important church in Christianity for more than 900 years.

When the Ottomans landed, it was converted into a mosque, with minarets and fountains adding to its splendour. Of course, the Sultan Ahmed had to build something to rival its magnificence and commissioned what is known today as the Blue Mosque. The inside is tiled with thousands of blue and white tiles creating intricate patterns and giving it its nickname. 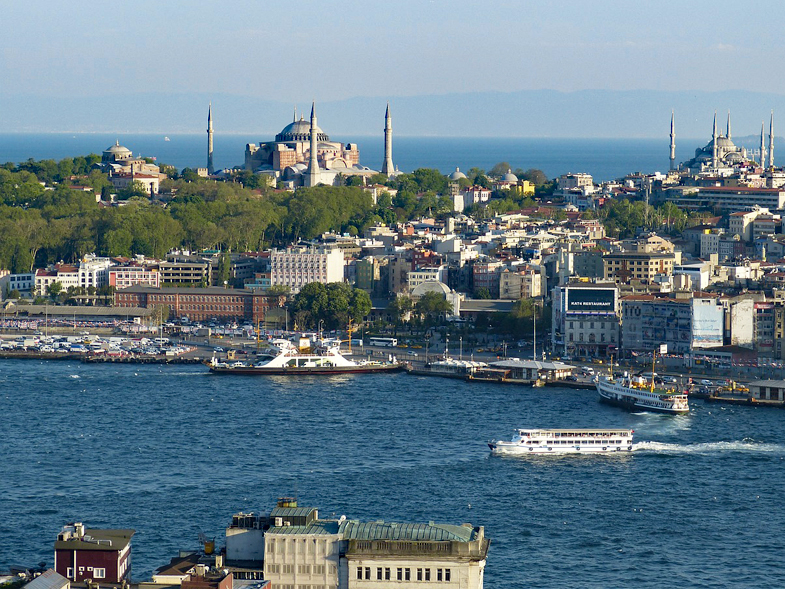 Once the end of the Great Silk Road, Istanbul has been a centre of commerce for longer than anyone can remember. One great highlight is a visit to the maze of 65 streets lined with 4000 shops, tea rooms and stalls known as the Grand Bazaar. There’s a central covered building that forms the heart of the market, but make sure to wander the circling streets for some great bargains. And remember to haggle, it’s expected!

Remember that incredible watercourse, the Bosphorus, that splits the city in half? There’s no better way to experience the city than on a private cruise down this river. During the day, you’ll see the houses lining the river, each side slightly different. The buildings climbing the sides, with the minarets of the Mosques on the one side and the modern tower blocks on the other. In the evening, watch the lights twinkle on and find out why its called the Golden Horn (hint: it’s the sunset light!). 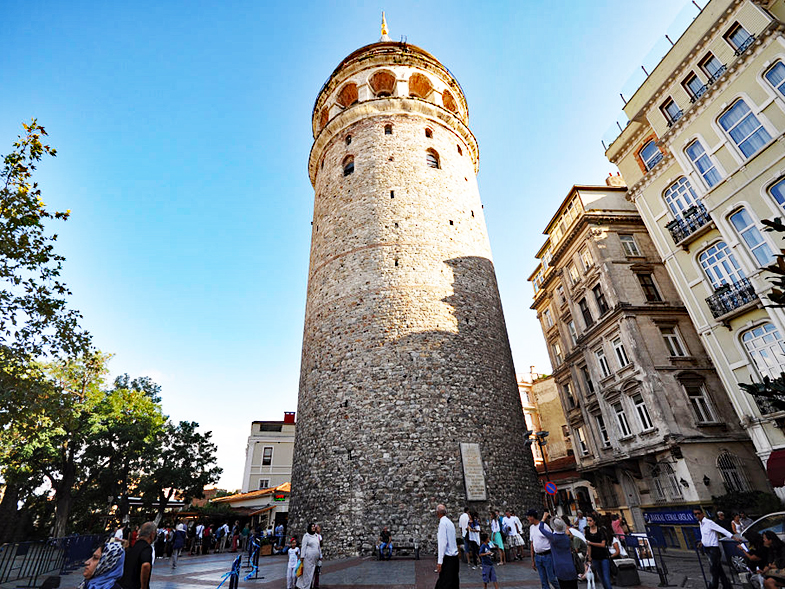 On the eastern side of the river — many of the old attractions are on the western side — lies the Galata Tower and the vibey neighbourhood of Karaköy. Galata, home to the Galata Tower and the famous pedestrianised shopping street of İstiklal Caddesi, is a wonderful place to lose yourself for a few hours. The views from the top of the Tower are breathtaking and wandering through or taking the tram up İstiklal Caddesi are not to be missed.

Make sure to take the Taksim Tünel, one of the world’s oldest underground funicular systems left still functioning, to our next stop, Karaköy. As gentrification spreads throughout this once rundown city, neighbourhoods spring up where industria used to live. From modern art galleries and chic coffee shops to hidden rooftop churches and traditional hammams (Turkish bath), Karaköy is a fascinating microcosm of the greater city of Istanbul. 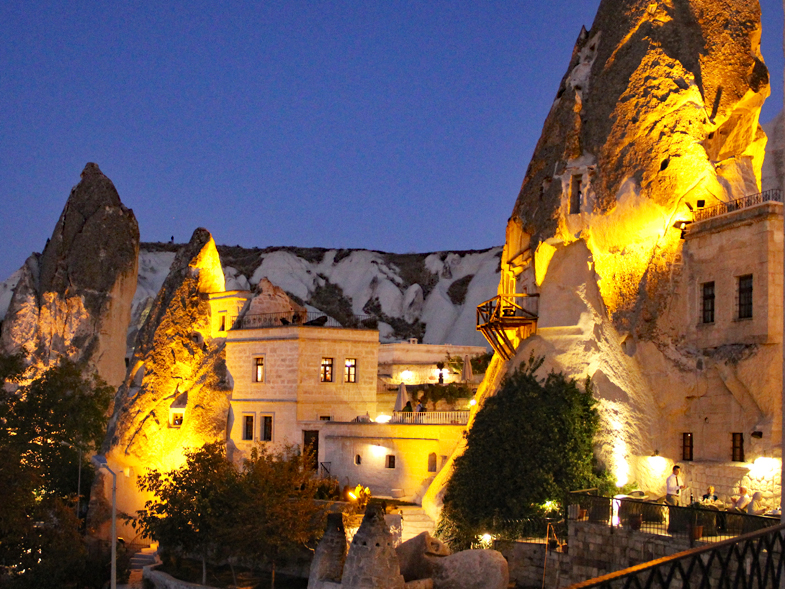 One of the most famous sights, when you visit Turkey is the landscape of Cappadocia. As you fly in, look down and see the ‘fairy chimneys’ as they are known, that dot the region. Naturally formed from a combination of volcanic rock and the wind, the land peaks into columns and towers of mushroom-shaped sometimes pointed rock. This largely dusty and hot region was overlooked by the Ottomans, and the easily-carved rocky land became an underground home to thousands of persecuted Christians. 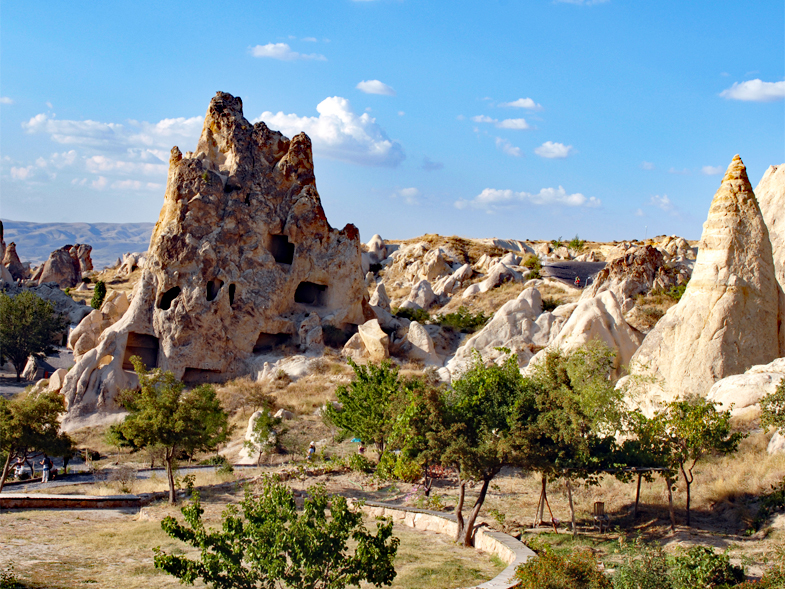 Göreme is one of the bigger towns in the Cappadocia region and a great place to base yourself. There are loads of hotels carved into the rock called ‘cave hotels’, and a stay in one of them is a highlight! It’s also the best place to find a hot air balloon ride. Each morning at dawn they float down the valley and just seeing them is amazing, but being on one? Indescribable.

The Göreme Open-Air Museum is a UNESCO World Heritage Site and the site of an ancient Christian monastery spread out across a valley floor. Churches and monastic homes are carved directly into the landscape and colourful frescoes from the 10th, 11th and 12th centuries line the walls. 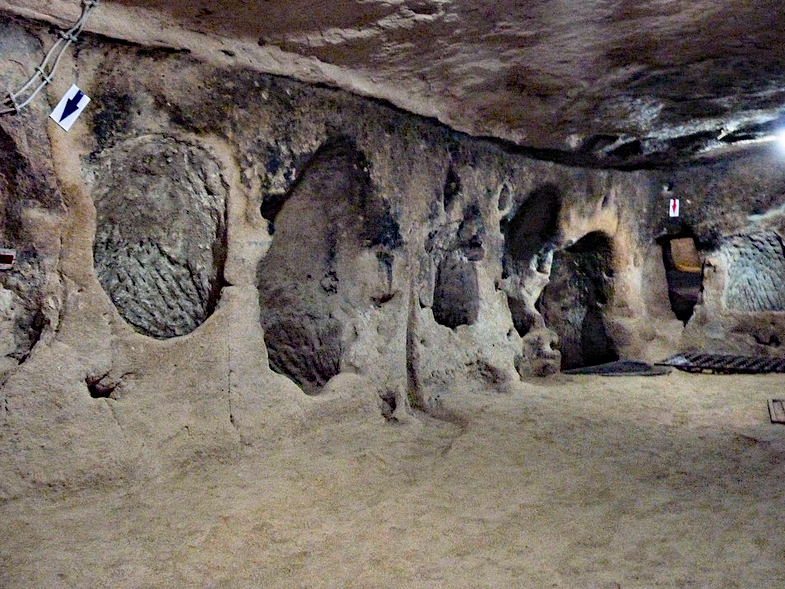 Cappadocia was excavated and its people lived partially underground since the times of the Hittites, as a way to evade the many armies that marauded through the region. One of the deepest and best-preserved of the 36 underground cities is Derinkuyu whereas Kaymakli is the widest. The underground city of Derinkuyu now lies beneath the town of the same name that exists on the surface and there are over 85 entrances to it hidden in the yards of the surface dwellings.

There are stables, cellars, homes, a missionary school with a vaulted ceiling, wineries, and everything else you would expect from a city that housed up to 30 000 people. Today, visitors can walk through the rooms and imagine what life must have been like for the Hittites and Christians who were pushed underground from persecution. 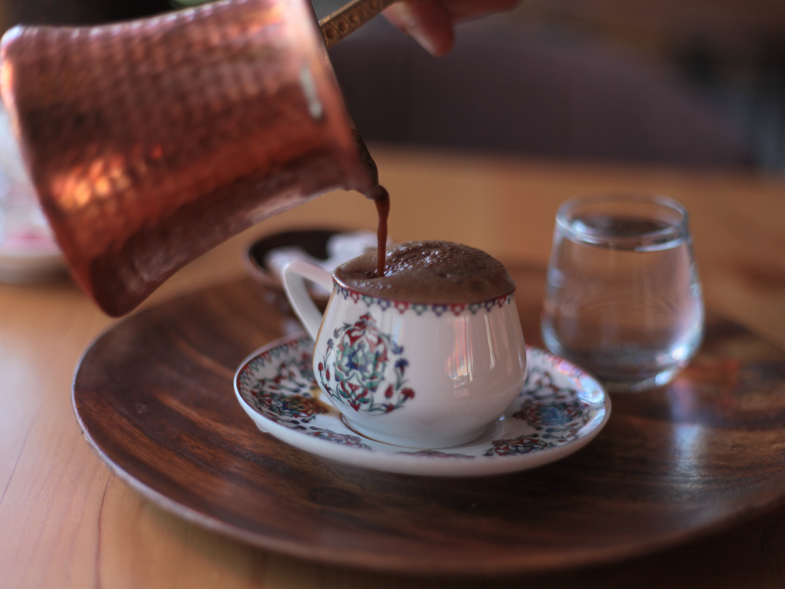 One of the first things we get asked when talking about a new destination is, “yes, but what is the food like?!” Rest assured that you will never go hungry when you visit Turkey. From kebaps and Turkish pide (a pizza-like flatbread) to shawarma, kumpir (a stuffed baked potato), börek (a cheese-stuffed pastry), and Testi Kebabi (a delicious stew cooked in a single-use clay pot), there’s no shortage of incredible food in every region of Turkey. You also can’t move an inch without being offered strong Turkish tea or apple tea, and Turkish coffee is strong enough to keep you up for a week!

As for the nightlife, both Turks and visitors enjoy staying up late into the evening chatting over endless cups of tea or a hookah pipe. Some more cosmopolitan cities, like Istanbul, even have nightclubs like Sortie, the one we visited on this trip.

Sortie (meaning “exit” in French) is an all-in-one venue where you can have dinner, drinks and a dance all in the same spot. With seven restaurants offering international cuisine and hosting local and international DJs, this is the place to be in Istanbul.

If you’re ready to secure your next incentive trip to Turkey, I can completely understand. I’ve only been able to scratch the surface of this amazing destination. Get in touch with us and we can start planning your Turkey incentive trip with you.