With more than 620 species of birds spread across a wide range of habitats, from the riverine forests of the eastern Caprivi, to the lagoons and bays of the Skeleton Coast, Namibia offers birders a rich and rewarding experience.

If you are the kind of person who always travels with a field guide, binoculars and zoom lens in your bag, then here are five birding experiences not to be missed … 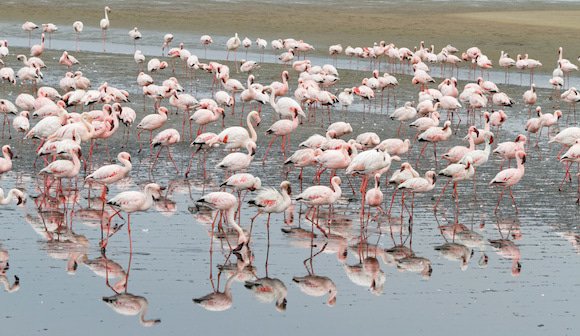 Surely one of Africa’s greatest shows is when large flocks of flamingos gather on the saltpans and wetlands of Namibia. Both species of African flamingos can be seen here, namely the lesser and greater flamingo. Lesser flamingos are generally smaller and brighter pink than their counterparts, while greater flamingos are known to gather in flocks of up to 50 000 at shallow lakes, salt pans, lagoons, estuaries and sandy beaches. It’s estimated that some 80% of southern Africa’s flamingos spend time in Namibia during their intra-African migrations, so this is surely one of the best places in the world to see them.

Where? Flamingos gather to breed in the saltpans of Etosha towards the end of the rainy season when the pans are full of water. They are also often seen on the coast, particularly in the Walvis Bay lagoon and at the Swakopmund Salt Works on the Diamond Coast. 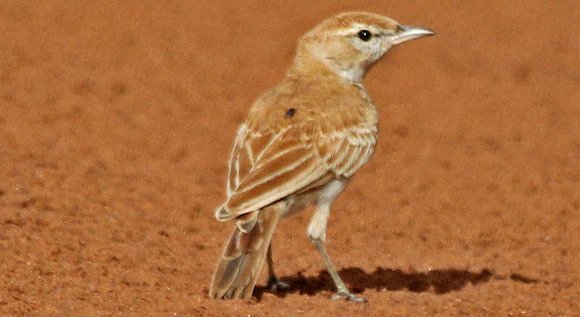 You will probably need someone to help you tick this particular bird off your list but as it’s Namibia’s only truly endemic bird (although there are several near endemics), it’s worth a shot. The dune lark (Calendulauda erythrochlamys) occurs only in the world’s oldest desert, the Namib, between the Kuiseb River to the south of Walvis Bay and the Koichab River to the north. This sandy coloured lark survives without water on insects and bugs that are found in the sparsely vegetated areas between the dunes. Your best bet is to go on a tour into the Namib-Naukluft Park with a beady-eyed guide who should be able to point one of these out to you.

Where? In the dunes near Walvis Bay and Swakopmund (Diamond Coast), and also at Elim Dune, the first dune on the way to Sossuvlei after Sesriem.

#3 The call of Namibia’s national bird 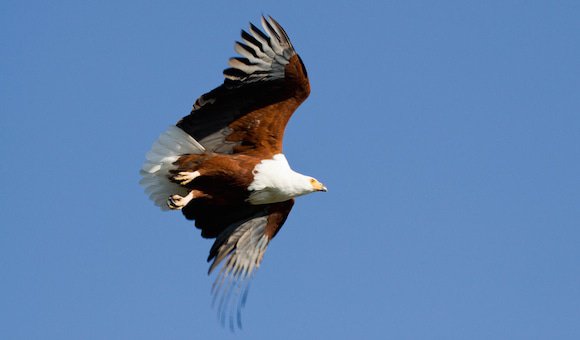 Ask any Africa hand, and they’ll tell you that the cry of the African fish eagle is one of the most evocative birdcalls on the continent. No wonder, Namibia has chosen the African fish eagle as its national bird, even though it’s only to be found on rivers and large dams and is thus absent in the drier parts of the country. Fish eagles are unmistakeable, with white heads and breasts contrasting with rich chestnut and black bodies. Once you’ve heard that call you’ll never forget it, and because it’s so closely associated with sundowners and river cruises, it’s probably make you thirsty.

Where? You are most likely to find this bird in the far north of the country on the Kunene or Kavango rivers. It also occurs in Etosha, on the Hardap Dam near Windhoek, the Fish River Canyon to the south and on the Orange/Gariep River that borders South Africa.

#4 All the Etosha specials 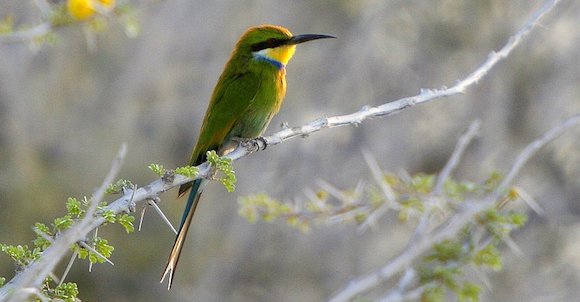 Listed as an Important Bird Area, Etosha National Park ranks top of all the places to go birdwatching in Namibia, as here you will find some two-thirds of the country’s bird species (around 400). Among the specials to look out for include bare-cheeked babblers, rockrunners and white-tailed shrikes, all of which are known to breed in the park. Because this is big game country, the park is also famous for its raptor and vulture sightings. Aside from that, many of its more colourful birds, like swallow-tailed bee-eaters and lilac-breasted rollers, always make for good photographs.

Where? Etosha National Park and neighbouring Ongava Private Game Reserve. Birders will tell you that the best time for birding is during the summer when the intra-African migrants are around and the bush is greener.

#5 Seek out the parrots 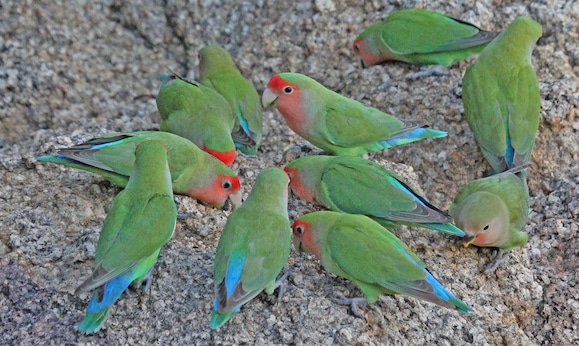 Namibia is home to several species of parrots. Species to look out for are Rüppel’s parrot (most likely to be encountered in Etosha), as well as the Meyer’s parrot (more likely to be found in flocks in the broad-leafed woodland and savannah in the north-east). The Meyer’s parrot, which is distinguished by a yellow spot on its forehead, is near endemic to Namibia and is fond of baobabs and lala palms. You should also encounter the rosy-faced lovebird, a popular cage bird that occurs wild here.

Where? You might spot the Rüppel’s parrot in Etosha, and the Meyer’s parrot in the Waterberg Plateau National Park. The rosy-faced lovebirds are relatively widespread across the country, except around Etosha and in the Namib area.

To find out more about Namibia or start planning your own birding safari in Africa – simply get in touch.