Just to the west of South Africa’s Kruger National Park lies the Timbavati. This vast private reserve is true big game country: herds of elephant and buffalo gather at the waterholes, prides of lion patrol the grasslands, and leopard stretch out in the dappled shade of tree branches.

If you’re coming to Africa to see the Big Five, then Timbavati Nature Reserve is right up there with the Sabi Sands (its better known neighbour to the south). Both of these private Kruger reserves offer an exceptional safari experience. But while the Sabi Sands is famous for its leopard sightings, Timbavati is known as the home of the incredibly rare and beautiful white lions. 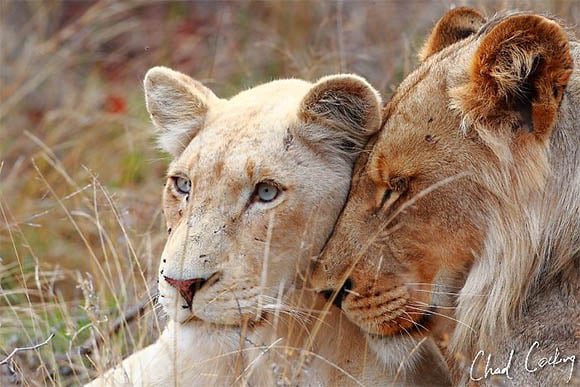 A white lioness and tawny lioness photographed at Motswari Game Reserve in the Timbavati.

White lions hit the headlines in the 1970s, when two snowy white cubs became the subject of a book by Chris McBride ‘The White Lions of Timbavati’ (published 1977). While there’s not much record of sightings before then, according to Shangaan (the local Tsonga people) folklore white lions have occurred in the region for centuries, and are the sacred spirits of past kings.

The unique colouring of these big cats is caused by a recessive gene, so both parents need to carry that gene. This makes white lions extremely rare, indeed they weren’t recorded in the wild for around 13 years. Then, in 2006, a pair of white cubs were born to a tawny lioness in the Greater TImbavati Region. 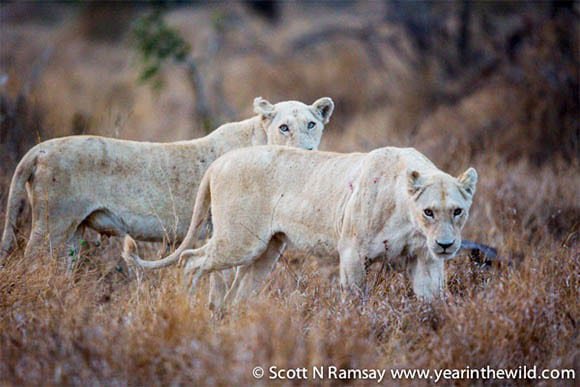 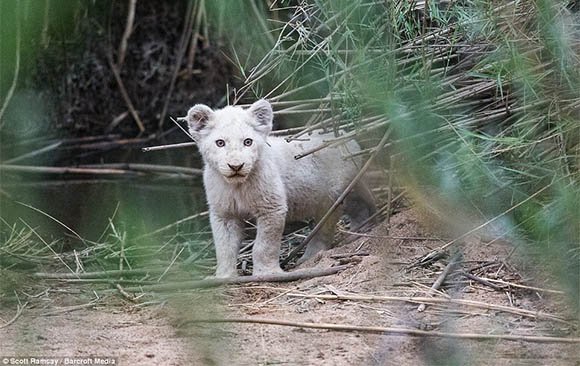 White lions are not albinos. Their coat is white but their eyes are either golden-brown or the most mesmerising blue! As cubs, their white colouring makes them stand out more in the golden grass. However, they are well camouflaged on sandy riverbeds or when the grasslands are scorched pale during the dry season.

It has also been suggested that, as adults, their colouring may give them an advantage in hunting, as their prey is confused by the unexpected white colour. 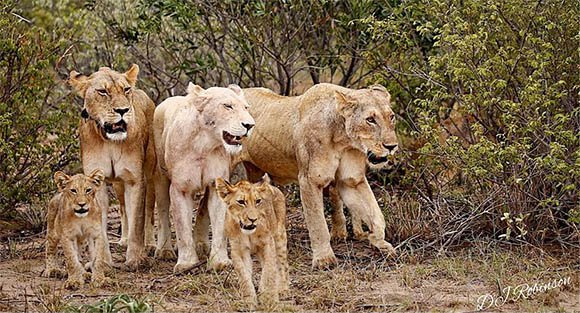 In September 2014 a white lion cub was spotted in the Singtia Kruger National Park. This private concession lies far to the east of TImbavati within the main national park, and it was the first time that white lions had been sighted outside of the Greater TImbavati Region. Of the two cubs, one died of natural causes, but the surviving male is still seen ocassionally around the Singita concession. 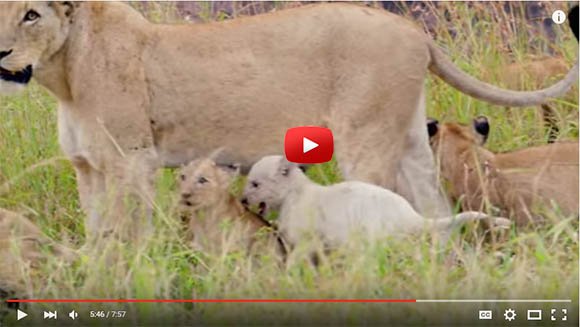 To find out more about the Timbabvati or start planning your South Africa safari – simply get in touch.