In 1879, the British invaded Zululand. Within days, part of the central invading column was annihilated at Isandlwana, in a battle rated as one of the greatest military disasters in British history. Part of the Zulu army went on to attack the British garrison at Rorke’s Drift; these warriors were beaten off in a battle that lasted all night, for which 11 VCs and 5 DCMs were awarded. Fugitives’ Drift Lodge and Guest House overlook both Isandlwana and Rorke’s Drift. The 5-star lodge houses luxurious en-suite cottages, each with private verandas and spectacular views.

The Lodge is also home to the Harford Library and Fugitives’ Drift Museum. Half a kilometre up the hill is the old colonial farmhouse and the cottages of the Guest House; a further kilometre still sits the stylish self-catering farmhouse, Umzinyathi. Both the Lodge and Guest House have swimming pools.

The daily and internationally acclaimed tours to the battlefields of Isandlwana and Rorke’s leave one with a better understanding of the valour, courage, and discipline of the British soldiers and Zulu warriors, and a more profound appreciation of modern-day South Africa. A stay at the 5-star Fugitives’ Drift Lodge is unforgettable.

Blaauwklippen Manor in the Stellenbosch Winelands allows guests to experience a modern luxurious stay without losing the rich historic feel of the estate. This Manor recently…

In the heart of the Kapama Private Game Reserve in Limpopo, Villa Zindoga at Jabulani Camp is a luxurious villa specifically tailored to appeal to smaller…

The Residence by Atzaro

The Residence by Atzaró is a stylish four-storey mid-century villa on the foot of Cape Town’s Table Mountain. It’s perfect for luxurious holidays with family or…

The wonderful Boschendal Estate Tented Camp rests amidst the estate's lush green landscapes and offers a chance for travellers to be immersed in nature. The luxury…

The Clarendon Fresnaye is an elegant guesthouse on the slopes of Lion’s Head in the Cape Town suburb of Fresnaye, it caters to families, honeymooners and…

Set on a beautiful 68-acre estate just 10 minutes from Plettenberg Bay, this striking Cape-Dutch-style boutique hotel offers fabulous views of the Tsitsikamma Mountains and the…

Perched on the edge of South Africa’s largest forest alongside an immense tidal lagoon, Knysna is an eco-wonderland offering magnificent beaches, hiking, walking, cycling and water…

Want to escape to the Cape Winelands? The exclusive-use guesthouse The Homestead at Hazendal has five luxurious bedrooms (each with a spacious en-suite bathroom). Located over…

The stylish and intimate Akademie Street Boutique Hotel and Guesthouse is situated on a leafy road in Franschhoek, the heart of the South African Wine Valley…. 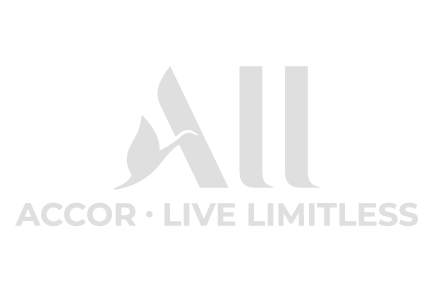